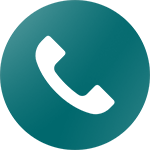 Nail Fungus Laser Removal is a revolutionary treatment, based on the latest technology and medical knowledge available. Nail fungus is a common and persistent problem since the fungus can be very resilient. The Nail Fungus Removal treatment offered by Húðfegrun is performed with the latest laser device from Alma Lasers, a global innovator of laser solutions for aesthetic and surgical markets. Nail Fungus Removal is a comprehensive and non-invasive treatment that removes nail fungus without adversely affecting surrounding tissue or causing any health related side effects.
Call now
mon-fri: 8 AM-18 PM
Vegmúli 2, Reykjavík
+354 533 1320

The laser beam heats the nail fungus enough to gradually break it down and destroy it. The laser not only destroys the fungus present in the nail itself but also the fungus in the skin underneath it. Eventually a healthy nail starts growing. The laser treatment is quite simple but delivers revolutionary results.

‍After treatment: Soreness can occur in the nail and toe on the day of the nail fungus treatment. 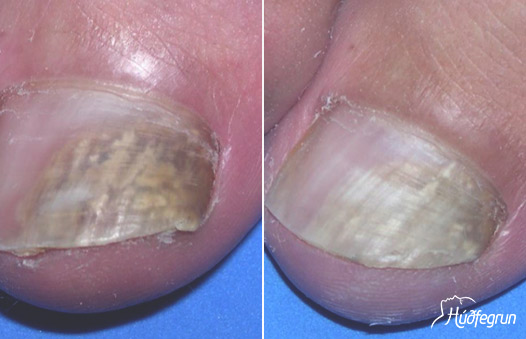 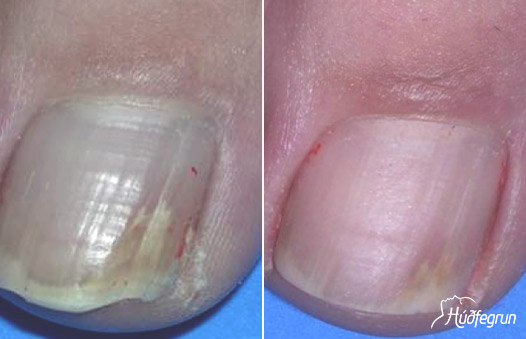 ·       Apply a healing lotion on the treatment area twice a day for one week.

·       Avoid sun exposure and tanning beds for at least one week.

Takk fyrir skilaboðin!
Oops! Something went wrong while submitting the form.
Húðfegrun skin clinic in Reykjavík has over 20 years of experience in skin treatments. With the latest technology and lasers we can proudly offer personal and professional services for you and your skin.